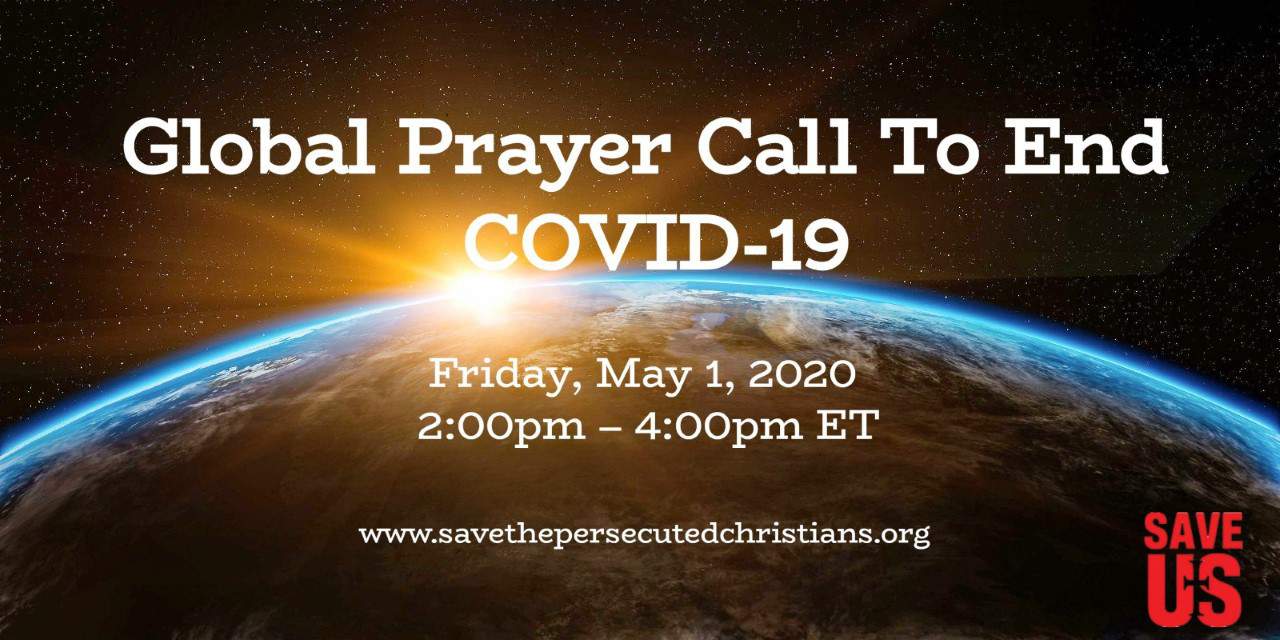 Two-Hour Virtual Prayer Beginning at 2 p.m. ET Friday, May 1, Will Also Aim to Lift Up Vulnerable Christians and Other Religious Minorities Who Are Suffering Starvation Due to Religious Discrimination

WASHINGTON—Save the Persecuted Christians (STPC), which advocates on behalf of hundreds of millions of Christians facing heavy persecution worldwide, will host a two-hour prayer Friday afternoon to pray for the end of COVID-19, as well as to lift up vulnerable Christians and other religious minorities who are suffering starvation due to religious discrimination.

Prayer will be led by faith leaders across the globe including: Anglican Bishop Benjamin Kwashi of Jos, Nigeria; Elijah Brown of the Baptist World Alliance; and John Arash Sedigh, an Iranian Christian refugee living in Jakarta; among others.

WHO:      Save the Persecuted Christians

WHERE:  Online via Zoom

WHY:       To pray for the end of COVID-19 and to lift up vulnerable Christians and other religious minorities who are suffering starvation due to religious discrimination

HOW:      View details at savethepersecutedchristians.org/prayer-call-end-to-covid-pandemic.

With so much of the world’s Christian population being imprisoned and/or harassed for their beliefs, and increased persecution and discrimination in the distribution of food and other aid during the pandemic, the need has never been greater for the sort of grassroots campaign STPC’s SaveUs Movement is working to foster. Its efforts are modeled after a miraculously successful one that helped free another population suffering from heavy persecution—Soviet Jews—by penalizing those in the Kremlin responsible for such repression. Through this movement, Save the Persecuted Christians endeavors to provide American policymakers with the popular support they need to effect real change worldwide and alleviate systemically the suffering being experienced by so many of those following Christ.

VIDEO – The Uncomfortable Truth of Genocide in Nigeria