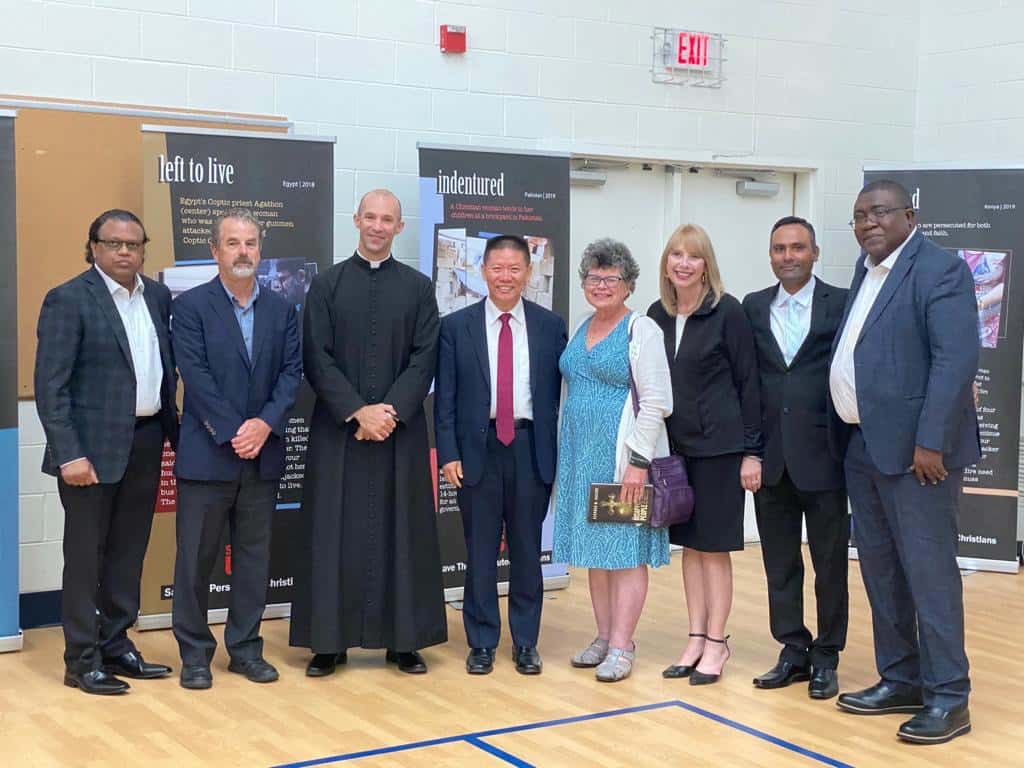 Save the Persecuted Christians Experts to Speak

WASHINGTON—Save the Persecuted Christians (STPC) is facilitating coordination, content and experts for an in-depth discussion on the topic “Christian Persecution is Real,” the theme of the 2020 Saints Peter & Paul Conference hosted at the Basilica of Saint Mary in Alexandria, VA. The Basilica is providing the venue, parish support, and promotion of the event; in attendance will be parishioners, members of the Diocese, and the public at-large.

Dede Laugesen, Executive Director of Save the Persecuted Christians, which advocates on behalf of hundreds of millions of Christians facing heavy persecution worldwide, will be among the presenters at the two-day conference, along with coalition partners of STPC, and another leading expert in the area of Christian Persecution.

“With this conference, we hope to unite in our mutual desire to elevate the issue of Christian persecution and threats to religious liberty around the globe,” said Laugesen.

WHO: In attendance will be parishioners, members of the Diocese, and the public at-large. Save the Persecuted Christians’Executive Director, Dede Laugesen, and other experts will speak at the conference, including Father Kurt Klismet, Jordan Allott, fmr. Congressman Frank Wolf, Faith McDonnell, Dr. Oluwasayo Ajiboye, Dr. Bob Fu, John Prabhudoss, and author Stephen Rasche. All speakers are STPC coalition partners with the exception of Steve Rasche, who is a colleague of Bishop Warda from Irbil, Iraq. Mr. Rasche has authored a 2020 book on the genocide in Iraq, The Disappearing People: The Tragic Fate of Christians in the Middle East.

WHAT: Two-Day Conference hosted by the Basilica of St. Mary; STPC is facilitating coordination, content, and experts for an in-depth discussion on the topic: Christian Persecution is Real. People may choose to sign up for one or both days. Registration is limited due to COVID-19 social distancing limitations.

WHY: To bring awareness to and “to elevate the issue of Christian persecution and threats to religious liberty around the globe,” says STPC’s Dede Laugesen.

At the Basilica of Saint Mary-Lyceum Auditorium, there will be talks by Father Kurt Klismet, O.SS.T., a screening of the documentary Christians in the Mirror and remarks by filmmaker Jordan Allott, and viewing of Warfare on Women exhibit from Save the Persecuted Christians.

Save the Persecuted Christians is working to raise awareness about the plight of at least 300 million Christians facing brutal and extreme violence and injustice in countries around the world. The organization — an informal, national coalition — began in February 2018 and reorganized as a formal charitable organization in December 2018.

With so much of the world’s Christian population being imprisoned and/or harassed for their beliefs, such as Christians in the Middle East, Nigeria, China and India, the need has never been greater for the sort of grassroots campaign STPC’s SaveUs Movement is working to foster. Its efforts are modeled after a miraculously successful one that helped free another population suffering from heavy persecution—Soviet Jews—by penalizing those in the Kremlin responsible for such repression. Through this movement, Save the Persecuted Christians endeavors to provide American policymakers with the popular support they need to effect real change worldwide and alleviate systemically the suffering being experienced by so many of those following Christ.