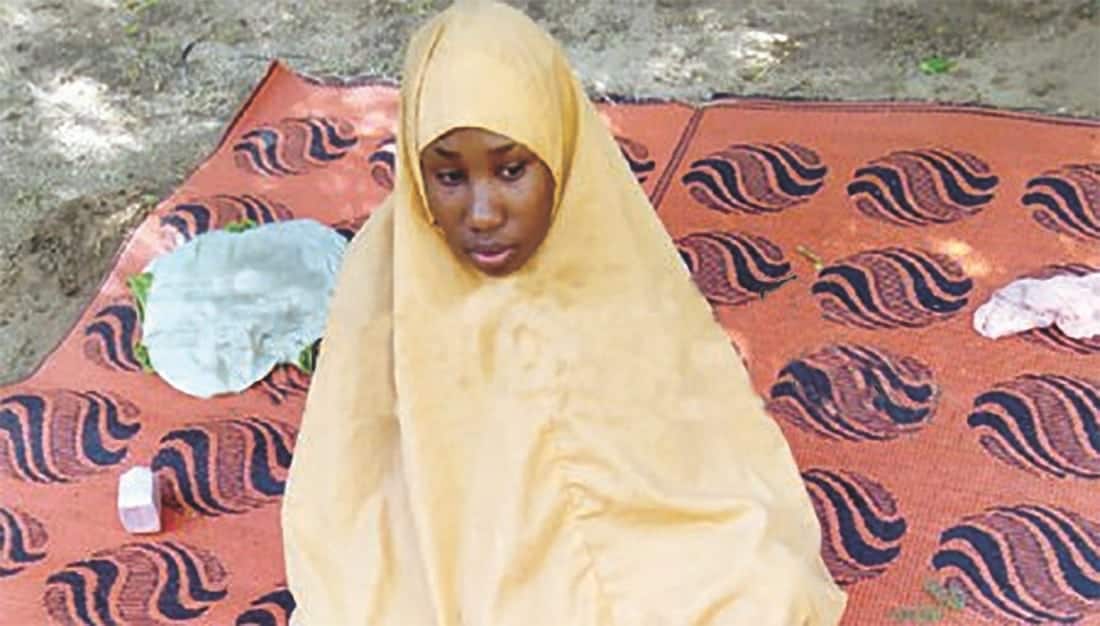 Save the Persecuted Christians | For Immediate Release | May 13, 2020

May 14 Prayer at 4 p.m. ET Will Lift Up Leah Sharibu, Held Captive in Nigeria Since February 2018

WASHINGTON—The International Committee on Nigeria (ICON), a coalition partner of Save the Persecuted Christians (STPC), will host a special prayer vigil for kidnapped Christian teen Leah Sharibu, who has been in Boko Haram captivity since February 2018, on Thursday, May 14—Leah’s 17th birthday.

On Feb. 19, 2018, Leah, then 14, was kidnapped by a Boko Haram faction, the Islamic State West African Province, one of the most violent terrorist groups in the world, along with 109 of her female Dapchi schoolmates. In the days following, five of the girls died in captivity, and 104 were released on March 20, 2018. Leah alone was kept because she refused to renounce her faith in Jesus Christ and convert to Islam, as demanded by her captors.

WHO:      International Committee on Nigeria (ICON), a coalition partner of Save the Persecuted Christians

WHAT:    Prayer vigil for kidnapped Christian teen Leah Sharibu, who will turn 17 on May 14

WHERE:  Online via Zoom

WHY:       To pray for Leah Sharibu, in Boko Haram captivity since February 2018, for her safe release, for her family, for the defeat of terrorism in Nigeria, for other girls in captivity and that world leaders would call for action in Nigeria

HOW:      Learn more and link via Zoom standwithnigeria.org/pray-for-leah

“Leah Sharibu is the face of ongoing, genocidal terror annihilating Christians in Nigeria,” said Dede Laugesen, executive director of Save the Persecuted Christians, which advocates on behalf of hundreds of millions of Christians facing heavy persecution worldwide. “Her courageous faith in the face of terror inspires her countrymen and Christians worldwide. Unknowingly, she represents thousands of Nigerian girls and boys who have been ripped from their homes and made slaves to Boko Haram. In coordinated efforts, our coalition has labored long and hard for the presidential appointment of a U.S. Special Envoy to Nigeria that America may lead the international community as a bold voice for these most vulnerable children.”

With so much of the world’s Christian population being imprisoned and/or harassed for their beliefs, such as children, teens and young women in Nigeria like Leah Sharibu, the need has never been greater for the sort of grassroots campaign STPC’s SaveUs Movement is working to foster. Its efforts are modeled after a miraculously successful one that helped free another population suffering from heavy persecution—Soviet Jews—by penalizing those in the Kremlin responsible for such repression. Through this movement, Save the Persecuted Christians endeavors to provide American policymakers with the popular support they need to effect real change worldwide and alleviate systemically the suffering being experienced by so many of those following Christ.

INDIA – Christianity CRACKDOWN: Bibles set on FIRE and churches ATTACKED- ‘Everything has changed’