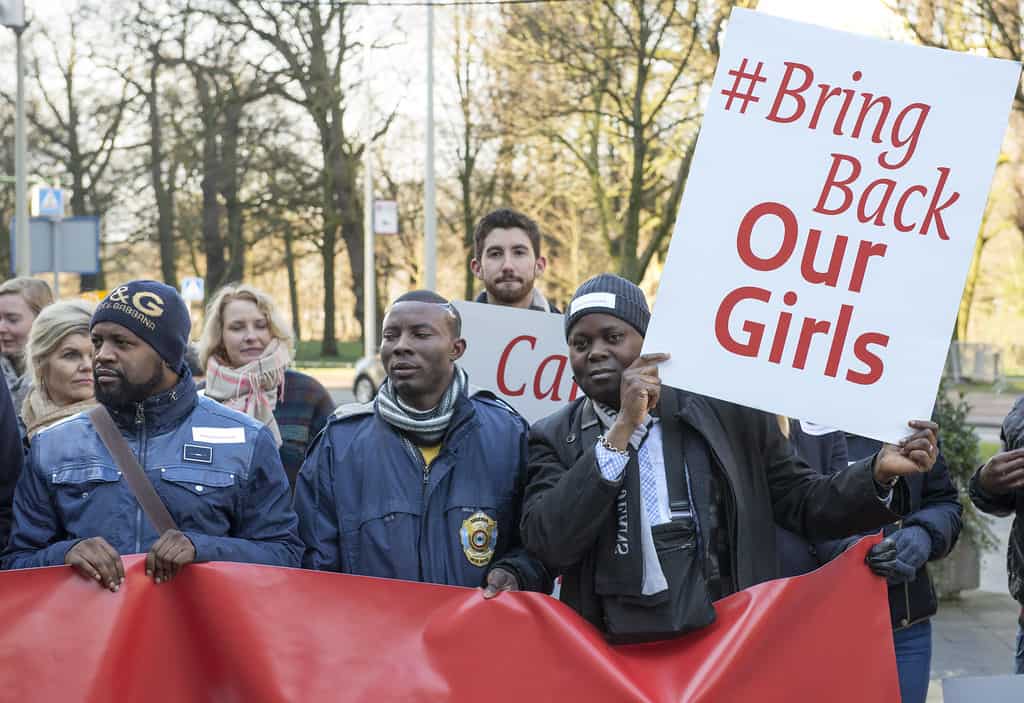 Save the Persecuted Christians: #6YearsTooLong for 112 Kidnapped Chibok Girls to Remain in Captivity

Since 2014, 164 girls have been returned through a combination of escape, release or rescue, reports the #BringBackOurGirls Twitter presence, which has been operational since just a month after the abduction and today is sharing the hashtag #6YearsTooLong.

Save the Persecuted Christians (STPC), which advocates on behalf of hundreds of millions of Christians facing heavy persecution worldwide, has long communicated about the plight of the Chibok girls—and the many others like them around the globe.

“Unfortunately, these 112 precious girls still in Boko Haram captivity are not alone,” said Dede Laugesen, executive director of Save the Persecuted Christians. “Many, many more girls and women around the world are living under nightmarish conditions after being abducted, often because of their faith. In Nigeria, the persecution of Christians is genocidal, which is why Save the Persecuted Christians has, for many months, called for a U.S. special envoy to Nigeria and the Lake Chad region because of extreme and heightened violence there. For the Chibok girls, we mourn the years lost to captivity—years away from their families, years to become healthy, educated young women. The time to #BringBackOurGirls is now—and it’s much more than a hashtag campaign. It is likely life or death for 112 young women.”

In January, STPC delivered an open letter to President Donald Trump about the urgent need for a special envoy in Nigeria. According to a U.K. report, at least 1,000 Christians were killed in 2019, with more than 5,000 killed since 2015. Already in 2020, at least 984 Christians have been killed according to the new Nigerian violence incident tracker available at the #SilentSlaughter campaign website, which was launched in March by STPC Coalition partners the International Committee on Nigeria (ICON) and the International Organization for Peacemaking and Social Justice (PSJ).

In much the same way as the Chibok girls, Leah Sharibu was, in February 2018, abducted from her primary school in Dapchi, a village in northern Nigeria, by a Boko Haram splinter group known as the Islamic State West Africa Province, or ISWAP. In June 2019, STPC, along with the International Committee on Nigeria (ICON), aided in bringing Leah’s mother, Rebecca Sharibu, to Washington, D.C., to discuss her daughter and the ongoing persecution of Christians in Nigeria. Dr. Gloria Paldu, the head of the Leah Foundation, was also in attendance, and the two met with members of Vice President Mike Pence’s senior staff.

The Leah Foundation, founded by Leah Sharibu’s parents, advocates for Nigerian girls seeking to gain an education without fear or harm. Last year, UNICEF reported more than 13 million children in northern Nigeria are not in school—the highest in the world. Many refuse to go to school out of fear.

“Sixty percent of that population are girls only, and you know when you bring it back home, every girl becomes a mother or a woman who would in turn take care of other children. And for a woman who goes to school it has a ripple effect, an economical ripple effect. When she goes to school, she has education, she gets a job, even if she doesn’t have a job … even if it’s just basic secondary school education, she can communicate basic English and mathematics,” Adegbile said.

Nigeria, Africa’s most populous nation at 196 million in 2018, is among the world’s poorest nations. It is also growing very fast. The population, growing at 3.2 percent a year, is expected to double by 2050 and overtake the United States as the third most populous nation. In 2005, UNICEF reported that about 45% of the population was under age 15, and 40% of children aged 6 to 11 were not in school. The World Bank reports that “While Nigeria has made some progress in socio-economic terms in recent years, its human capital development remains weak due to under-investment and the country ranked 152 of 157 countries in the World Bank’s 2018 Human Capital Index.” Adding to these ominous numbers, the unemployment rate in Nigeria has skyrocketed to over 23%.

“Nigeria’s youth face massive hurdles regarding education, employment and dire poverty,” said Laugesen. “As we’ve seen in other countries, this means they are ripe for radicalization and vulnerable to violence and abuse. The nation itself is blessed with enormous natural resources, most especially oil, making it a target for terrorist groups and state-actors looking to profit from corruption and chaos. The United States must get ahead of this burgeoning crisis of international concern with grave national security implications. If Nigeria unravels, the fallout will be felt worldwide. The appointment of a trusted, experienced diplomat as a U.S. special envoy to Nigeria and the Lake Chad Region is a good place to start and, we need to finally, after six long years, ‘bring back our girls.’”

With so much of the world’s Christian population being imprisoned and/or harassed for their beliefs, such as schoolgirls in Nigeria, the need has never been greater for the sort of grassroots campaign STPC’s SaveUs Movement is working to foster. Its efforts are modeled after a miraculously successful one that helped free another population suffering from heavy persecution—Soviet Jews—by penalizing those in the Kremlin responsible for such repression. Through this movement, Save the Persecuted Christians endeavors to provide American policymakers with the popular support they need to effect real change worldwide and alleviate systemically the suffering being experienced by so many of those following Christ.

AFRICA – Black Slavery Exists Today in Muslim-Dominated African Nations, but No One’s Talking About It