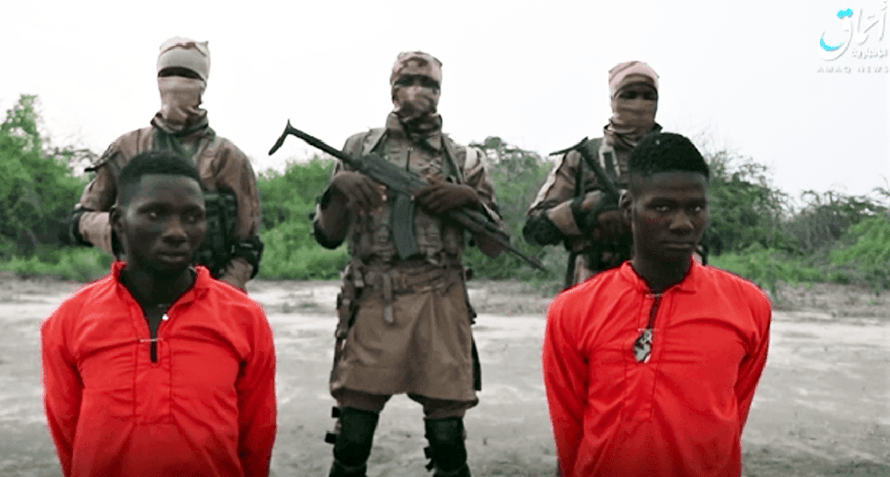 The #EndSARS protests began on October 8 to protest the ongoing injustices committed by Nigeria’s Special Anti-Robbery Squad (SARS), which are then covered up by the government. Because of these injustices and the government’s persistent failure to make amends, sources report great and growing distrust in the Nigerian government, something already familiar to the nation’s Christian population.

Laugesen says “Nigeria’s Christians face an ignored and invisible genocide. Daily slaughter of innocent Christians is whitewashed and wished away by Islamic sympathizers in the global media and the international community while Muslim terrorists, and their corrupt enablers in Nigerian government and security services, get away with mass murder.”

Millions of Christians across Nigeria live in fear due to increasing attacks by armed members of the Fulani ethnic group. There are numerous accounts of the growing number of random abductions and killings by Muslim cattle herders in Nigeria as they journey to the south seeking pastures with their cattle in an area mostly dominated by Christians. These deadly, senseless attacks are often portrayed simply as ongoing clashes between farmers and herders, but those who follow closely believe they are part of a larger agenda—seemingly supported by government officials and security agencies—to drive Christians off their lands.

Christian leaders have accused Nigerian President Muhammadu Buhari, who is a Fulani, of turning a blind eye toward the attacks, which have increased since he took office in 2015. They say his administration has done little to protect them, and because killings are not investigated, victims do not trust the government to bring justice or to protect them. As a result, many of the country’s Christian population have joined in the #EndSARS protests to bring awareness to problems endemic in this government.

Christians are also targeted by Muslim terrorists of Boko Haram and their ISIS-affiliated splinter group, Islamic State West Africa (ISWAP) whose insurgency has continued unabated since 2009.

“According to multiple sources, at least 60,000 Nigerians have been killed by Fulani and Boko Haram terrorists since 2001. The vast majority have been Christians,” says Laugesen. “In 2019 over 1,000 defenseless Christians were beheaded, hacked and shot to death without mercy. COVID-19 lockdowns only increased the vulnerability of Nigerian Christians. This year has seen a rapid increase in brutal attacks on Christian communities. The tally of Christians killed by jihadists and so-called ‘bandits’ had already surpassed that of the year before. From January to September 2020, there have been 2,800 deaths, according to Save the Persecuted Christians’ coalition partner, the International Committee on Nigeria.” (See “The Quiet Genocide,” and “Nigeria’s Silent Slaughter: Genocide in Nigeria and the Implications for the International Community.”)

This issue will impact the next US administration. “America will be forced to act,” says Laugesen. “Nigeria’s problems can’t be wished away or swept under the carpet. At nearly 200 million people, Nigeria is Africa’s most populous country. By 2050, the population of Nigeria is projected to be larger than that of the United States.”

Meanwhile, Nigeria’s infrastructure has been imploding. “Poverty is rampant, unemployment rates have skyrocketed, and over 13 million children are out of school for fear of harm. Foreign actors, like China, Turkey, ISIS, al Qaeda, and Hamas are well-positioned to take advantage of the ceaseless violence and growing unrest. These countries and terror-group entities are enticed by Nigeria’s vast resources of land, oil, minerals and metals,” says Laugesen. “The next administration must weigh their options and consider who will fill the power vacuum, should Nigeria unravel.”

Laugesen explains, “Nigeria’s Christians in the North and Middle Belt live under constant threat of attack. They feel forgotten and abandoned by their own government and the world. Their homes and properties are at risk. They have no hope and world offers them no succor.”

What action can the United States take?

“STPC’s partner organization, Genocide Watch, says Boko Haram has killed more civilians than those killed in Iraq and Syria combined. If Nigeria becomes a failed state, all of Africa and the world beyond will feel the blow. The window of opportunity for diplomatic solutions is rapidly closing. Save the Persecuted Christians has long argued for the presidential appointment of a Special Envoy for Nigeria and the Lake Chad Region to address the growing Islamic threat and to coordinate an inter-agency and international response.”

The mission of STPC is to save lives and save souls by disseminating actionable information about the magnitude of the persecution taking place globally and by mobilizing concerned Americans for the purpose of disincentivizing further attacks on those who follow Jesus.

With so much of the world’s Christian population being imprisoned and/or harassed for their beliefs, including Christians in Nigeria, to name a few, the need has never been greater for the sort of grassroots campaign STPC’s SaveUs Movement is working to foster. Its efforts are modeled after a miraculously successful one that helped free another population suffering from heavy persecution—Soviet Jews—by penalizing those in the Kremlin responsible for such repression.

Through this movement, Save the Persecuted Christiansendeavors to provide American policymakers with the popular support they need to effect real change worldwide and alleviate systemically the suffering being experienced by so many of those following Christ.

NIGERIA – Muslims Wipe Out 15 Villages in Mass Slaughter of Christians, Government Does Nothing