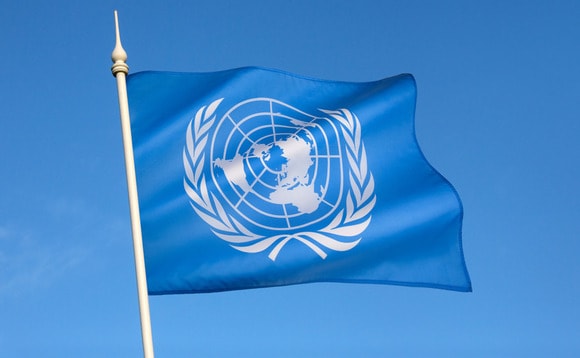 Save the Persecuted Christians Reflects on 31st Anniversary of Massacre, as Advocates Mourn Atrocities Still Being Committed in China Today and Coalition Partner Raises Concern on Urgent Issues

WASHINGTON—Weeks of mass protests in China 31 years ago led up to a terrible day on June 4, 1989, at Beijing’s Tiananmen Square.

After the death of former Communist Party leader Hu Yaobang, who had worked to move China to a more open political system, more than a million people gathered at the square. Just after midnight June 4, troops had reached Tiananmen Square, and throughout the day, fired on civilians and students. An official death toll has never been released, although estimates range from several hundred to thousands. As many as 10,000 were arrested during and after the protests, and many have been executed for their parts in the demonstrations.

The massacre is remembered by leaders of Save the Persecuted Christians (STPC), which advocates on behalf of hundreds of millions of Christians facing heavy persecution worldwide.

“Save the Persecuted Christians stands with all faiths persecuted still today under the brutal CCP regime,” said Dede Laugesen, executive director of Save the Persecuted Christians. “Thirty-one years ago, young Chinese lives were senselessly cut short—men and women who were passionate about changing their world and would have undoubtedly gone on to make incredible impact. Three decades after this tragedy, China has a terrible track record for persecution of its own people that is only getting worse.”

Save the Persecuted Christians, in collaboration with coalition partner Elizabeth Yore, internationally renowned attorney, child welfare advocate and leader of Yore Children, is raising the alarm on three pressing and urgent realities exacerbating and enabling the persecution of people in the Communist People’s Republic of China.

Yore’s first report, submitted this week to the U.N. Special Rapporteur on Freedom of Religion or Belief, condemns China’s Regulation on Religious Affairs prohibition, which makes it illegal for children under the age of 18 to participate in religious services, education or related activities.

“This Chinese state policy is being implemented with sweeping and breathtaking draconian measures,” Yore said. “Pursuant to this regulation, churches, schools, religious education programs, and religious-based camps and orphanages are being shut down with random and brutal tactics. The policy drafted and enforced by President Xi’s communist government violates the U.N. Convention on the Rights of the Child Article 14 and Article 2 of the U.N. Declaration on Human Rights, both on which China is a signatory.

“There are approximately 300 million youth under the age of 18 in China,” Yore continued. “Every Chinese child is endowed with the inalienable and sacrosanct right of religious freedom. It is their sacred birthright. The scope, magnitude and implementation of this draconian policy imposed upon this vulnerable population cries out for justice. The ruthless depth of destruction and degradation in the enforcement of this regulation on children, their schools and their families by government agents demands international condemnation. The right to religious freedom enshrined in natural law and international law separates man from beast. Without it, the world is in peril.”

Added Laugesen, “If the international community allows China to get away with these obvious violations of international agreements and treaties, these policies may spell the end of religious faith and practice in China within one or two generations.”

In her second submission, Yore raised yet another pressing issue regarding China—a secret agreement executed on Sept. 22, 2018, between the Holy See and the People’s Republic of China.

“Little is known about the covert pact involving the appointment and approval of bishops, and the practice of Catholicism between the two entities, the Communist-run Patriotic Church and the Underground Church, faithful to the Vatican for the past 70 years,” Yore said. “The International Religious Freedom Roundtable is aware that modern international treaty practice and law is grounded in the policy of transparency and openness. This Sino-Vatican pact is shrouded in secrecy, even after 18 months since its execution.

“While the specifics of this pact are less important than its overall impact, its deployment by the Xi government is a sharp and brutal assault against not only the Catholics, but also other Christian and religious denominations,” Yore added. “Nearly all international religious freedom NGOs, from Human Rights Watch to ChinaAid to the Congressional Executive Commission on China to Open Doors, have condemned this secret Vatican/China bilateral treaty as the triggering event that caused a huge increase in religious freedom persecution. Local, state and federal Chinese authorities are shutting down religious services and silencing dissent with the threat that the ‘Vatican agrees with the CCP, or the Vatican cooperates with us, you must also.’”

Whether by design or naïveté, Yore says, the Holy See’s ill-advised diplomatic venture to execute an agreement, impacting religious freedom, with the atheistic and virulent anti-religion Xi government, is resulting in a disastrous government campaign of monumental oppression of Catholics, Christians and other religions.

“The tragic and baffling dichotomy that the Vatican, a religious sovereign of over 1 billion Catholics, has proactively negotiated and caused such unmitigated and needless pain and suffering among Christians will go down in history, in the words of a Hong Kong Cardinal Zen, as a ‘suicide pact driving Chinese Catholics deeper underground,’” Yore said. “When two nation states enter into a secret pact resulting in a surge in violence against faith believers, this agreement should be scrutinized and condemned. Whether wittingly or not, the Holy See agreement aided and abetted the PRC campaign to wipe religion off the map of China.”

A third submission by Yore relates to the unlawful abduction, arrest and detention of at least two Catholic Bishops of the Underground Catholic Church in China. Bishop James Su Zhimin, 88 years old, of Baoding in Hebei Province, has been illegally imprisoned since 1996 and has not been heard from since his unlawful arrest. Another Catholic Bishop of the Underground Catholic Church, Bishop Augustine Cui Tai, 69 years old, of Xuanhua of Hebei Province, was arrested in February 2018 and is still missing. Their illegal detention violates international law and violates their right to religious freedom. These two men are among many pastors and clergy of many Christian denominations who have been harassed, tortured, abducted and detained in prison and forced labor camps. Justice and humanitarian concerns demand their immediate release by the Chinese Communist Party. Yore and the Save the Persecuted Christians coalition call for the immediate release of these bishops and other religious leaders incarcerated for practicing their faith.

“Religious freedom is under mortal assault in the People’s Republic of China,” Yore concludes. “The U.N. Special Rapporteur on Freedom of Religion or Belief is preparing a report for the U.N. General Assembly, and it is our hope that these reports on China will be included so that the international community may employ this global platform to restore to the children and people of China the God-given right of religious freedom, enshrined in the 18th article of the U.N. Declaration on Human Rights.”

With so much of the world’s Christian population being imprisoned and/or harassed for their beliefs, like faith groups in China, the need has never been greater for the sort of grassroots campaign STPC’s SaveUs Movement is working to foster. Its efforts are modeled after a miraculously successful one that helped free another population suffering from heavy persecution—Soviet Jews—by penalizing those in the Kremlin responsible for such repression. Through this movement, Save the Persecuted Christians endeavors to provide American policymakers with the popular support they need to effect real change worldwide and alleviate systemically the suffering being experienced by so many of those following Christ.

LIBYA – Egypt: Families of beheaded Copts finally reunited with remains of loved ones