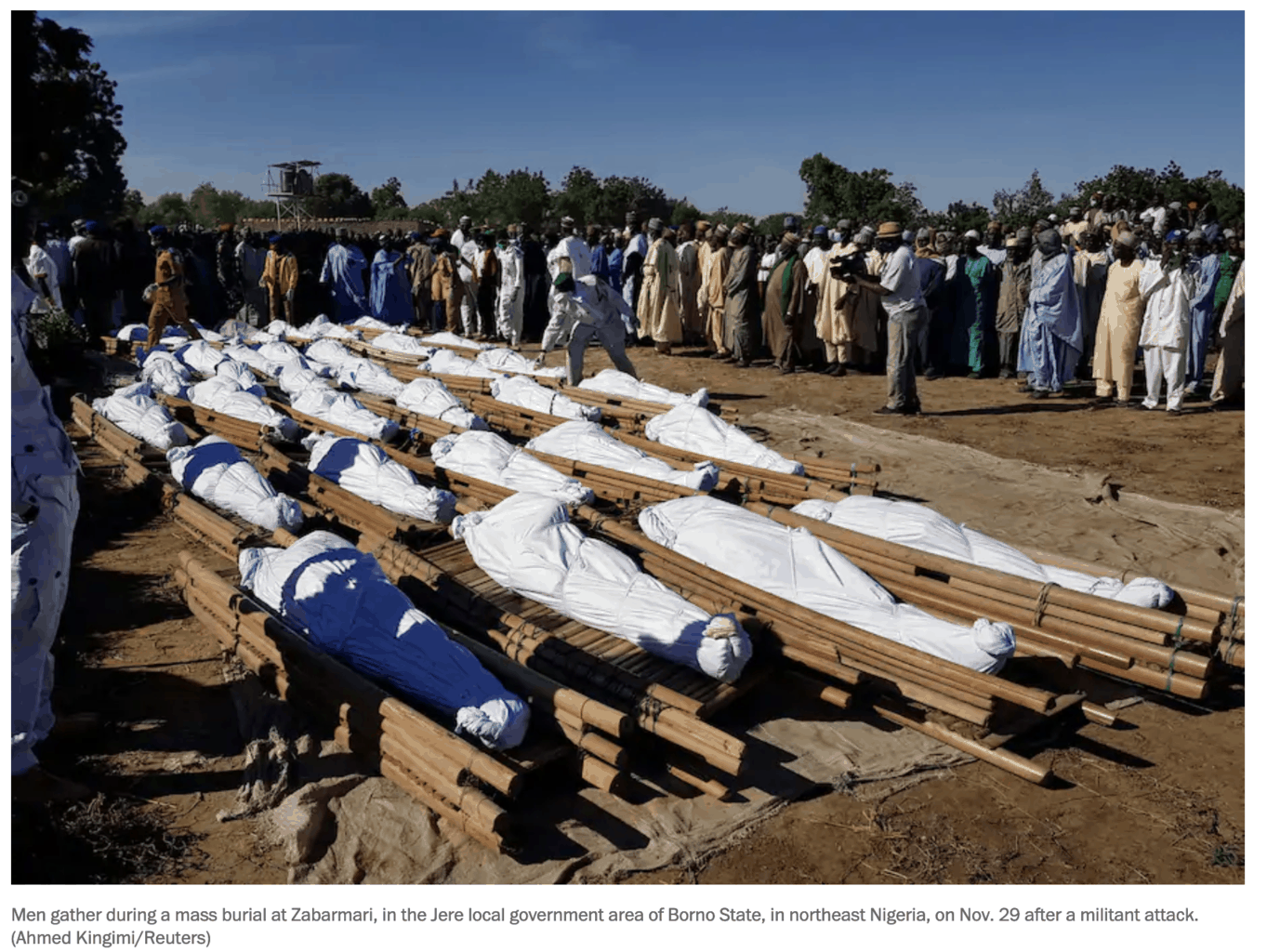 Save the Persecuted Christians | December 1, 2020

‘There Must Be Accountability for These Violent Attacks’

WASHINGTON— Many civilians are dead after armed men on motorcycles gruesomely attacked agricultural workers in northeastern Nigeria. Officials say the attack occurred Saturday in the country’s Borno state. Multiple outlets report that suspected Islamist militants attacked the farmers while they were harvesting the fields in a rural part of the state.

“The United States must publicly acknowledge and resolve Islamic terrorism with an appointment of an US Special Envoy,” said Dede Laugesen, executive director of Save the Persecuted Christians (STPC), a leading international human rights advocacy group that works on behalf of hundreds of millions of persecuted Christians worldwide. “In addition, there needs to be immediate hearings on US Aid as well as on other US interventions in Nigeria. There must be accountability for these violent attacks.”

Though no one has claimed responsibility, the British Broadcasting Corporation (BBC) noted that at least two militant groups are active in the area: Boko Haram and Islamic State West Africa Province. Both groups have carried out massacres in the region before. More than 37,000 people have died in incidents involving Boko Haram, the Council on Foreign Relations estimates.