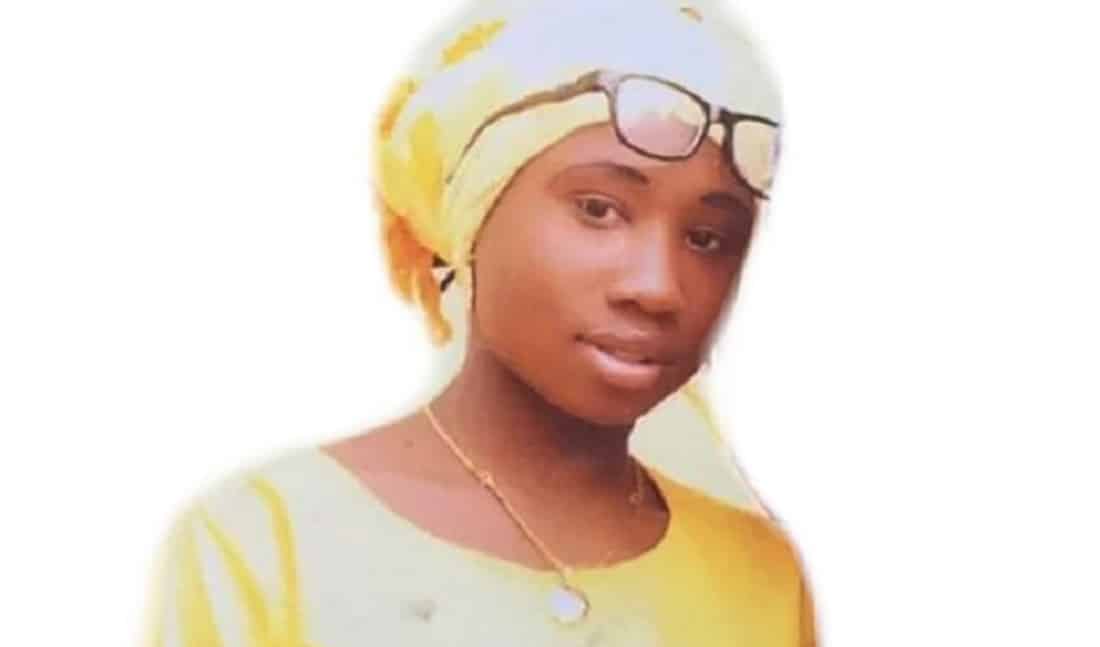 Save the Persecuted Christians | February 17, 2021

WASHINGTON, D.C. — Feb. 19, 2021 marks three years since Boko Haram terrorists surrounded a boarding school in Dapchi, northern Nigeria, and dragged off 109 young girls and one boy. Within a month, five girls had perished, but the rest – save Leah Sharibu – were returned after the Nigerian government negotiated with the kidnappers. Sharibu, the only Christian in the group, was kept because she steadfastly refused to renounce her faith in Christ, according to accounts from the other girls.

“At fourteen, Leah Sharibu courageously witnessed her faith in Christ,” said Dede Laugesen, executive director for Save the Persecuted Christians (STPC, www.savethepersecutedchristians.org). “Her bold faith is an inspiration. How many of us, when confronted by killers, would do as she has done?”

At first, there was only silence. The terrorists took Sharibu off into the depths of the Sambisa Forest and the ungoverned territories surrounding Lake Chad. About six months later, in August 2018, a video of the girl was released. She was seated on a matt dressed head to foot in a light-yellow Muslim hijab. She could be heard pleading for her life. Boko Haram insisted the government meet their demands, or Sharibu would be killed. Their demands were not made public.

Nigerian government officials with media in tow flew in to Dapchi on helicopters to visit the girl’s parents and promised they would do everything they could to bring Sharibu home.

“But it was only a show for the media”, said Dr. Gloria Puldu, the director for the Leah Foundation, during a 2019 visit to Washington, D.C. sponsored by Save the Persecuted Christians and STPC’s coalition partner, the International Committee on Nigeria. Rebecca Sharibu, the girl’s mother, who had come to D.C. to advocate more be done for her daughter, tearfully agreed.

In mid-September, 2018, Boko Haram sent video of the assassination of another captive, a Muslim Red Cross nurse, who Boko Haram deemed an apostate for working with a western aid organization. Again, they threatened Sharibu’s life. Then, in mid-October, Boko Haram sent word about the girl along with video of yet another execution of a female aid worker. Boko Haram announced it was their right, according to their strict adherence to Sharia, to keep Sharibu, an ‘infidel’, as “a slave for life.”

While visiting Washington, D.C. in June 2019, Dr. Puldu and Rebecca Sharibu met with representatives from Congress, USCIRF, USAID, the U.S. State Department and the National Security Council. They also spoke with Vice President Mike Pence’s office, who then summoned the Nigerian Vice President Yemi Osinbajo to the White House to pressure the Nigerian government to do more for Leah.

“She did an amazing thing by refusing to renounce Christ, and I’m very proud of what she has done,” Rebecca Sharibu said at the time. “I’m not sure if I was even in her position at 14 years old that I would have even done what she has done.”

More than a year went by with no word when finally, in 2020, news leaked that Sharibu had been married to a top Boko Haram commander and that she had given birth to a son.

“It is impossible to know what Leah Sharibu’s life is like now,” said Laugesen. “Her family simply wants her back. The Nigerian government has shown it can successfully negotiate with these terrorists, at least for the release of Muslim captives, like the more than 300 Kankara boys taken and released this last December. By all appearances, the Nigerian government has given up on Leah. But the world will not forget this fearless Christian teen, nor give up praying for her and demanding her release. Nigeria must do more to ensure all Nigerians—Muslim, Christian or African traditionalists—are freed from the dens of these monsters.”

The Leah Foundation, founded by Sharibu’s parents, advocates for Nigerian children seeking to gain an education without fear or harm. UNICEF reports more than 13 million children in northern Nigeria are not in school—the highest in the world. Many refuse to go to school out of fear.

Nigeria, Africa’s most populous nation at 196 million in 2018, is among the world’s poorest nations. It is also growing very fast. The population, growing at 3.2% a year, is expected to double by 2050 and overtake the United States as the third most populous nation. In 2005, UNICEF reported that about 45% of the population was under age 15, and 40% of children aged 6 to 11 were not in school. The World Bank reports that, “While Nigeria has made some progress in socio-economic terms in recent years, its human capital development remains weak due to under-investment, and the country ranked 152 of 157 countries in the World Bank’s 2018 Human Capital Index.” Adding to these ominous numbers, the unemployment rate in Nigeria has skyrocketed to over 27% in January, 2020 before the pandemic.

“Nigeria’s youth face massive hurdles regarding education, employment and dire poverty,” Laugesen added. “As we’ve seen in other countries, this means they are ripe for radicalization and vulnerable to violence and abuse. The nation itself is blessed with enormous natural resources, most especially oil, making it a target for terrorist groups and state-actors looking to profit from corruption and chaos. The United States must get ahead of this burgeoning crisis of international concern with grave national security implications. If Nigeria unravels, the fallout will be felt worldwide.”